Close your eyes and dream back to a time where you could buy a bootleg cassette on a market in Chisinau or Cochabamba.
José-Gunnar has taken that image to heart. Press play and dance barefoot on the ground. Let the dust swirl around your feet. Drink vodka!

José-Gunnar World Disco is dance music made by two multi-instrumentalists. Everything is made by hand in Sundbyberg, Stockholm around year 2005. Yes, it´s been a slow process! Take it easy and breathe! 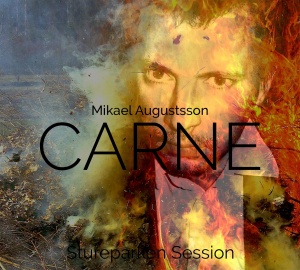 After several years of renewing the tango tradition,
Mikael Augustsson has now, along with some of
Sweden’s top musicians, created an album that further
pushes the boundaries. The project emanates from
Astor Piazzolla’s most experimental recordings.

It does not breathe so much South American
influences as Augustsson’s previous record
DynaMike – National Hymns (Hoob Records).
In this recording the music has taken a clear
step towards a freer sound stage where the
joint creation is even more central and direct.